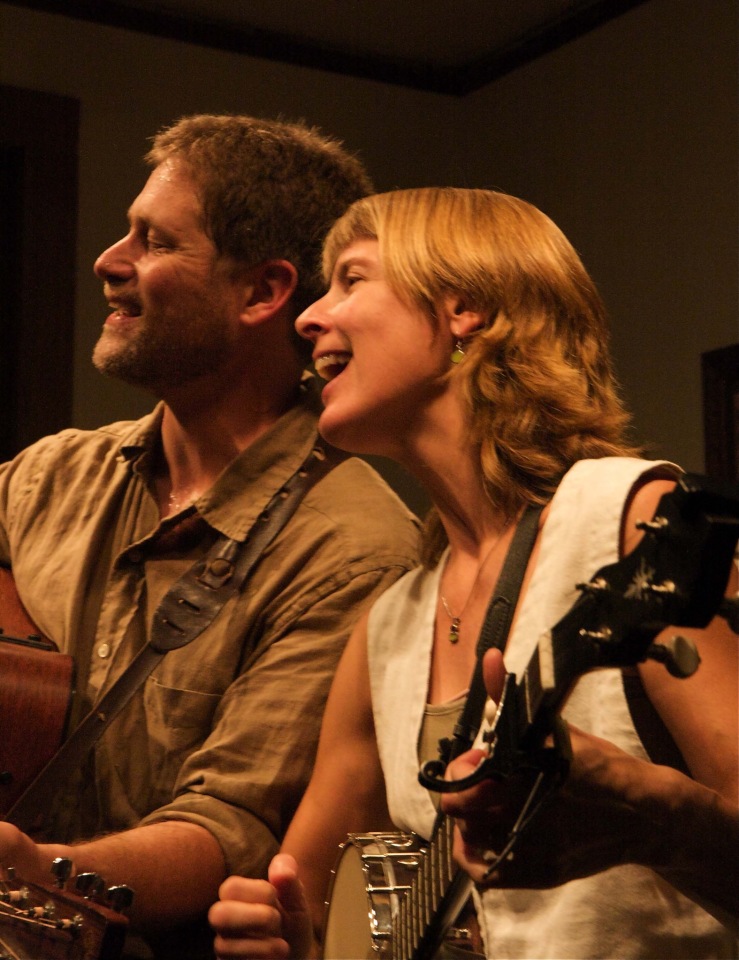 For address and to attend, please RSVP to Lee
at 312-810-3067 or by email at windycityhouseconcerts@gmail.com

I’m really excited to be hosting Dana and Susan Robinson, at last! I first heard them at a show in Las Cruces, New Mexico in October 2009. I fell in love with their music and performance at that show. So it’s with great pleasure that we are finally able to share their music with you. They perform a mix of traditional songs and Dana’s own songs, which continue in a traditional style. Both are fine instrumentalists and blessed with sweet voices alone and together. This a show not to miss!

About Dana and Susan

The genius of a Dana and Susan Robinson performance lies in their ability to capture the imagination of their audience, evoking a transformative experience that touches on the deepest humanity. They can make the audience howl with laughter or hush with poignant reflection as they take them on a journey across America and convey the mystery and wonder of the places they visit.

Underpinning the songs is the undeniable rhythm of their trademark guitar/banjo sound. Whether it is quiet or driving, there is a steady and unrelenting groove to the music that supports the lyric and delivers the story in an effortless and magical way.

A native of the Pacific Northwest, Dana relocated to New England where he discovered both a thriving songwriters scene and the deep well of traditional mountain music. In the early 1980’s, Dana settled in northern Vermont and built a house “off the grid” (no electricity and phone) on 30 acres near the Canadian border. There he founded a popular bakery, café and folk music venue. Dana launched into full-time touring after the release of his 1994 debut CD, Elemental Lullabye, and after receiving a request to perform at Carnegie Hall in New York City for Putumayo’s Shelter benefit project.

Sue grew up in a musical family in New England. She studied piano, oboe, and Scottish fiddle before meeting Dana in 2002. Sue was working in the environmental field in California when she met Dana at a house concert. Upon moving to North Carolina a short time thereafter, Sue launched into studying with many of the great oldtime musicians in the Asheville area, and naturally adapted to the on-the-road lifestyle.

“Many songwriters such as Bruce Springsteen, or John Mellencamp have been heralded as modern day Woody Guthries or keepers of the American rural spirit, but that mantle might be better entrusted to musicians like Dana Robinson who embody both the heart and the soul of folk music.” — Dirty Linen

“I am struck by how he writes songs that sound deeply rooted in tradition.  His phrasing and poetry are wonderful…”  — Dick Pleasants, WUMB, Boston, MA

“..A poet’s perspective delivered in quietly spectacular musicianship… the music sounds laid back even while his guitar licks are knocking your socks off” — Music Matters Review

This site uses Akismet to reduce spam. Learn how your comment data is processed.

Due to the COVID-19 pandemic, we will not be hosting any in person shows in 2021. We will assess the situation as  the year progresses.

If we get online shows booked, they will be posted here.

We are posting some online shows on our Windy City Music Calendar.